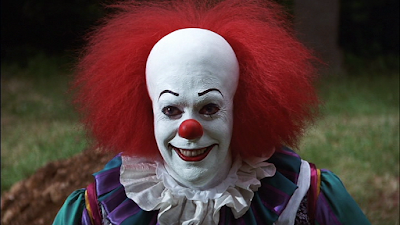 Picking up where we left off on Wednesday, tonight we return to 1990 and the fictional New England town of Derry, for the concluding half of the TV movie adaptation of Stephen King's It, which again, was originally broadcast a whole 25 years ago today. 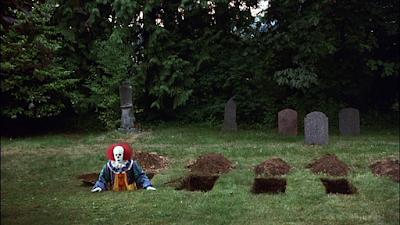 Of the two halves, this is undoubtedly the more controversial among audiences, the consensus being that compared to the consistently strong first hour and a half, in night two, things started to go off the boil somewhat. While I can certainly understand why people have a problem with parts of this, and there are things which seem perhaps tonally at odds with what comes before, the more I watch it, the less these stick out and the more I appreciate what part two has to offer overall. In fact, I'm more and more of the opinion these days that compared to its preceding part, this is unfairly maligned and stronger than some folks give it credit for. Finally, concerning the elephant (read: giant spider) in the room, a bit of context r.e. the book and the behind the scenes of this adaptation arguably helps to take the edge off it, so to speak. Anyway, enough pre-ramble, let's dive in... oh, and like on Wednesday, I'm presuming anyone reading this has seen the film and is therefore familiar with the plot. 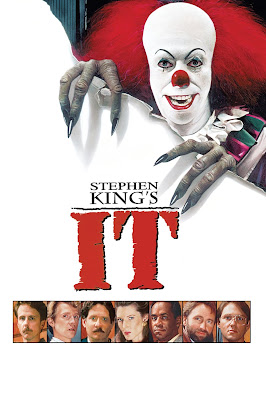 Originally aired by US network ABC 25 years ago tonight, the first part of this now classic (in my opinion) TV movie adaptation of Stephen King's epic 1986 novel introduced the world to an iconic and terrifying screen boogeyman who would scar a generation and thereby ruin clowns for everyone everywhere ever thereafter: Pennywise the clown, brilliantly and terrifyingly brought to life by the great Tim Curry. But of course there's so much more to this mini-series than Mr. Walking Nightmare Fuel. In fact, there's enough here that I felt it might be best to break this retrospective into two parts. We'll be looking at the second part on Friday (i.e. on its actual air-date) and exploring the first today. As opposed to running through the plot and the like though (I'm presuming anyone reading this has seen It), I'll be sharing both my own recollections of and history with this film, plus some of the behind the scenes info I learned by listening to the cast/director commentary on the DVD. And be warned, there will be spoilers... and clowns. 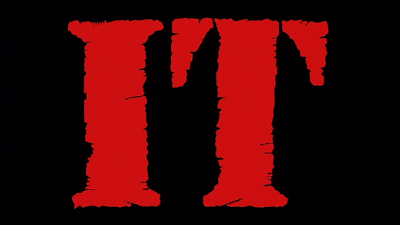 I can't remember now when this first aired over here exactly and hence when I would have been first exposed to it (early '90s sometime I imagine, when I would have been between 7 and 9) but what I can say with certainty is this... while I only caught parts (past my bedtime so was trying to watch it stealthily), what I did see most definitely left an impression. I mean to begin with, even the opening credits were creepy I thought. Kicked off with the above title hitting the screen, accompanied by a startling musical stinger that must have caused viewers everywhere to tighten their sphincters, this seemed to announce its intent from the very start, letting both parents and kids (who would later realise they should have known better) know that they were in for it.
Read more »
Posted by Simon Wright at 2:21 PM No comments: