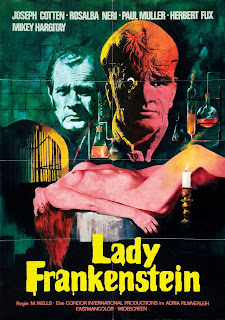 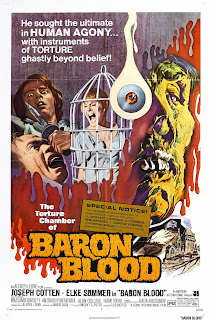 Picking up where we left off yesterday, we're jumping ahead the best part of a decade into that seemingly bottomless, bloody pit of horror goodness that is the seventies... and as the observant will note, joining us for both the following films is none other than Joseph Cotten! 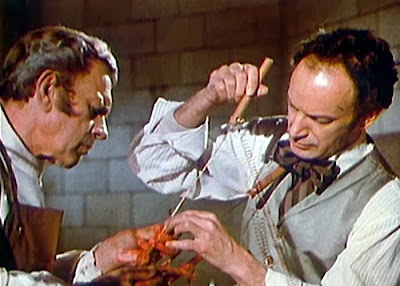 The first film of this middle part of the moviethon is also the second and final one I hadn't seen before, and like Riccardo Freda's The Ghost, it also comes courtesy of Mill Creek's Chilling Classics 50 movie pack (which features quite a few unsung gems, though I've still yet to see more than half of its contents). Now, during the credits I was actually quite surprised to see we're actually in widescreen... but alas this was not to last, as once the film starts proper, we're back to pan and scan... ah well, as I said with The Ghost, considering this cost me next to nothing, I really can't gripe. And as we'll see, it won't diminish my enjoyment much anyway. 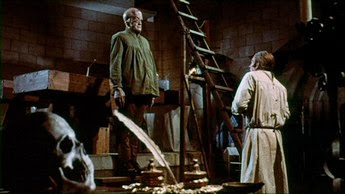 Almost a feminist reworking of Shelley's seminal story, the film was apparently created as a vehicle for star Rosalba Neri (credited here as Sara Bey) by one of the producers, who may well have been seeking favours of his own back from her (and who can blame him!). She plays Tania, daughter of Baron Frankenstein (Joseph Cotten), and like her father, she has more than a slight interest in reanimating the dead. However, he's reluctant to let her share in his work, instead relying on the assistance of his colleague Dr. Marshall (Paul Muller - who turned 90 this year! - making his second appearance in the moviethon). One night the pair successfully bring to life a creature created from the corpse of recently hanged criminal while Tania secretly watches from the shadows. As you can probably imagine, the procedure goes far from smoothly (lightning setting the creature's face on fire being far from the best start, for instance), with the monster giving the Baron a hug of death as thanks for being brought back, before quickly fleeing to go and run amuck. Having apparently learned nothing from all of this, Tania and Dr. Marshall soon plan to build their own creature, both as a means for them to kill the escaped monster, but also as a sexy vehicle to place the brain of the ageing doctor within. 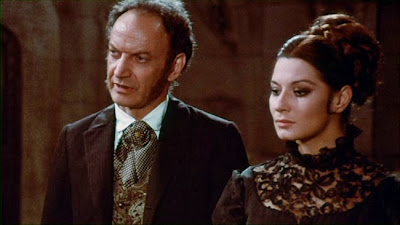 I had an absolute blast watching this for the first time... it's kinky, campy and colourful seventies horror at its best. The leads play their respective roles for all they're worth, never for a second giving the impression that they'd rather be off elsewhere doing something more "respectable", and hence adding an element of gravitas to the proceedings. It's smartly and sharply written, and actually pretty tightly plotted, despite the fact that it apparently had six scribes working on it. The make-up effects for the bulbous headed creature (credited to a Timothy Parson, and according to IMDb, this seems to have been his only work on a movie) are striking and actually rather iconic in their own way. And from what I could see from this full frame presentation, the film is a feast for the eyes, featuring excellent cinematography and production design (from Riccardo Pallottini and Francis Mellon respectively)... as with The Ghost, I really need to get my hands on a cleaned up widescreen edition of this. Finally, it's competently directed by American actor/director Mel Welles (best known for playing Gravis Mushnik, the owner of the eponymous Little Shop of Horrors... that's the original Corman version, as opposed to the Frank Oz musical remake), with uncredited assistance from Aureliano Luppi... if anyone can tell me anything about the latter's contributions to the film then I'd be extremely grateful. All in all, this is a must see for fans of seventies Euro horror, and despite being full frame, it's still worth watching in its budget DVD incarnations... in fact, I think it might actually be available to download at the Internet Archive, seeing as it's apparently in the public domain. 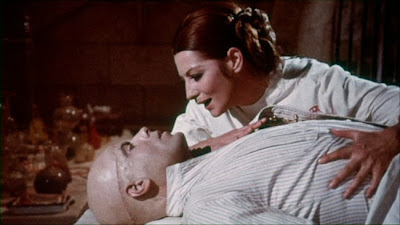 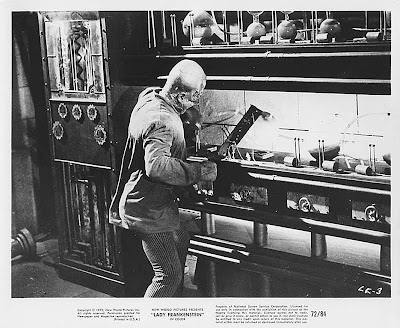 Forming both the second part of our Joseph Cotten double bill and the first of a Mario Bava one (the write up on its partner will follow tomorrow), Baron Blood could be considered as something of a pre-emptive swan song for the great man's entire career, as it not only calls back to and riffs upon his own back catalogue, but would also tragically prove to be pretty much the last of his directorial credits that could be considered purely his... that is until Lisa and the Devil and Rabid Dogs were restored to their original, intended forms of course... and I can't comment on Four Times That Night (also from '72) yet as I haven't seen it... and we'll get to the curious case that is Shock in due course... 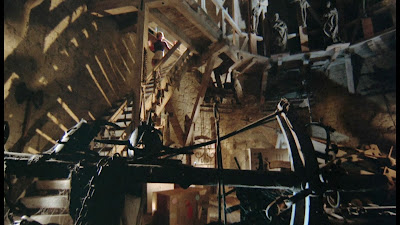 The film begins with some atypically modern imagery for Bava (accompanied by some swinging jazziness from Stelvio Cipriani, who also scored A Bay of Blood for Bava the previous year... in fact that film's closing music reminds me of this one's opening theme), showing a plane landing at a presumably Austrian airport. Inside the aircraft, we're introduced to our protagonist, an American called Peter Kleist (Antonio Cantafora), who is travelling to a castle owned by his ancestral namesake, the infamous (and eponymous) Baron Otto Von Kleist. The latter was apparently killed by an angry mob who were seemingly directed by a curse invoked by a witch that the bloody baron had burnt at the stake. After arriving at the castle, Peter hooks up with sexy architect Eva (Elke Sommer) who is helping to renovate the place, and after messing around with an ancient parchment reputed to be able to bring the Baron back to life, the pair soon end up in some seriously deep shit. 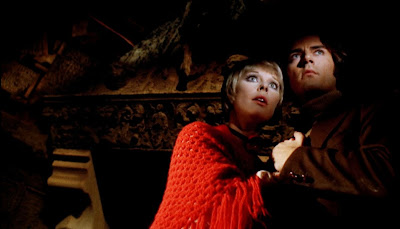 I'll say no more regarding the plot... though I suppose the eventual outcome of all this is probably fairly self-evident from what I've outlined above (though there are arguably still one or two surprises to be had here)... and that's not a veiled criticism or anything. Now, admittedly narrative has never been one of Bava's strongest suits, but let's face it, when you choose to watch one of his films, story is not exactly the main selling point. Thought to be fair, I don't think he's a slouch in this department or anything either... in fact, and as I've probably said before, I actually find him to be quite subtle at times, so the finer points and underlying tensions of his movies often only become apparent to me upon re-watching them. 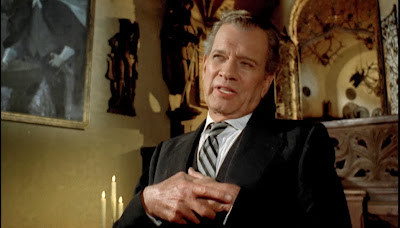 There's a whole host of fine performances here, with Cantafora and Sommer both playing likeable leads and Joseph Cotten on fine form; he seems to be channelling his recent co-star (in the previous year's The Abominable Dr. Phibes) Vincent Price at times, especially in some of his line readings. And last but not least, especially as far as fans of Italian genre cinema are concerned, there's sterling support from both Nicoletta Elmi (who is at her most adorable here and is apparently dubbing herself, it seems) and Rada Rassimov (sister of Ivan, who will make his own appearance in the moviethon very soon), who plays perhaps the most memorable of the witchy women who turn up in Bava's films. Admittedly, this is somewhat slight in the grand scheme of the maestro's filmography, but a highly entertaining romp nonetheless, and as is usually the case with Bava, I find more to appreciate with every re-visit (listening to Tim Lucas' informative commentary track certainly helped in this department too). It's probably not the best movie to watch if you're new to the director (though it's probably not the worst for this purpose either), but if you're already well-versed in his back catalogue (especially his earlier gothic films), then I think you'll find much to enjoy here. Oh, and I almost forgot, kudos to Mario's son Lamberto and producer Alfredo Leone for getting the notorious homebody to leave his native Italy for a change... it was certainly worth it for the production value and sheer scale that the location shot interiors and exteriors add to proceedings.

There'll be more to come from both Bavas tomorrow when we conclude this moviethon write-up! 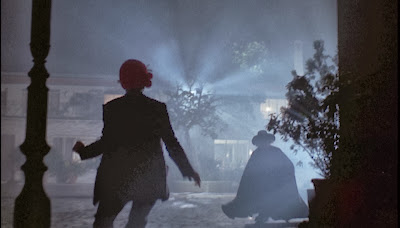 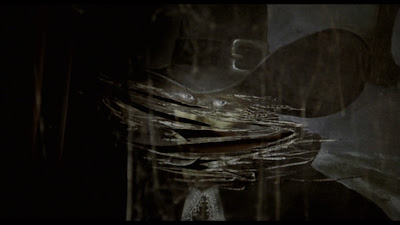 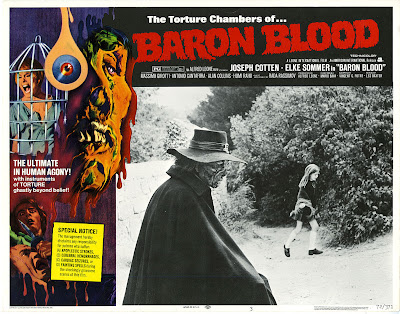