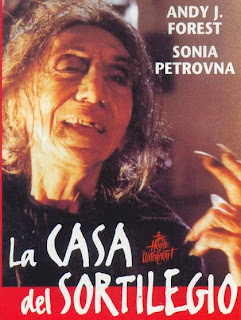 For the final post of this Halloween Hootenanny and also my last impromptu contribution to the Hugo Stiglitz Makes Movies 4th Annual Italian Horror Blog-a-thon, here's some initial thoughts on this late 80's TV movie from Lenzi, which I've literally just finished watching for the first time. A slight disclaimer though... I am fooking knackered people!... so I'll be making this as short and sweet as humanly possible... 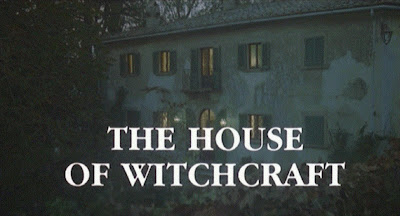 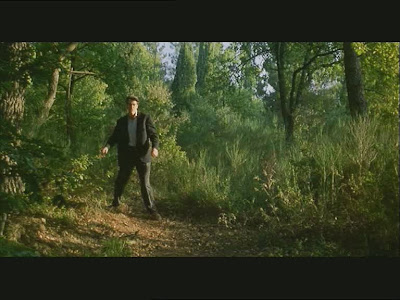 To cut straight to the chase... I enjoyed this shit out of this. This is sort of a cross between Fulci's underrated House of Clocks from both the same TV series and same year, and Lenzi's own Ghosthouse from the previous. By invoking the former, I mean it has that same occasionally dreamlike, late 80s, suffused-with-soft-focus vibe, and by the latter I mean that Italian horror fans will be spotting riffs to other movies from the genre practically every other second. To give you an example of the latter, I'll just quickly quote a handful of these taken randomly from my notes...
Aside from being atmospheric as hell, I also found this pretty funny at times, thanks to some frequently cheese-tastic cornball dialogue... though like I said with Fulci's The House by the Cemetery, this also somehow simultaneously maintains a sense of foreboding seriousness... which is something that I really appreciate... that is, I can both take it seriously and also don't have to, in equal measure, but at varying times... sort of keeps me on my toes, in a sense. At any rate, I thoroughly recommend this to anyone who has a taste for mid-to-late-80s Italian horror and fans of Fulci and Lenzi. 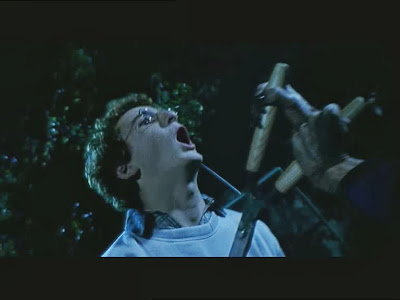