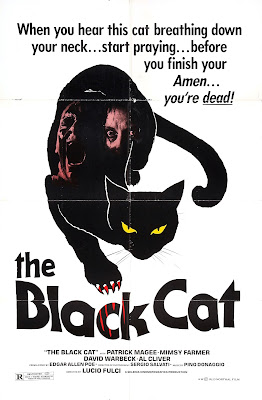 Today's entry, like yesterday's, is another film inspired by Poe's classic tale. It's also the second appearance this October from Lucio Fulci; and like Manhattan Baby, it's an underrated little gem from the maestro's golden years, that is both relatively modest and somewhat traditional, compared to its more lauded brethren, but accomplished and compelling nonetheless. 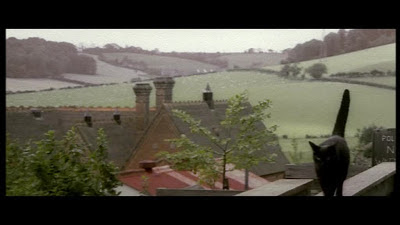 Featuring an all-star Italian Horror cast, with Mimsy Farmer and David Warbeck in starring roles, support from Al Cliver and Dagmar Lassander, and a typically, yet wonderfully sinister Patrick Magee (whose eyebrows are, as always, threatening to the upstage the actor's fine performance), playing the somewhat ambiguous antagonist Professor Miles, Fulci's Black Cat is beautifully shot by Sergio Salvati (who also worked with the director on Zombie  and The Beyond) and elegantly scored by Brian De Palma's regular composer, Pino Donaggio. 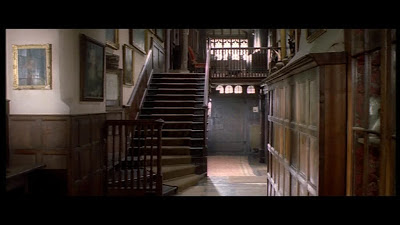 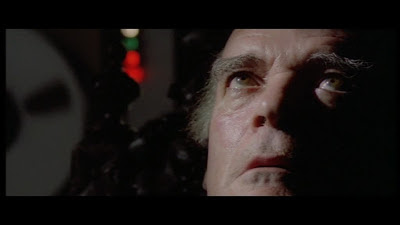 The film is considerably more faithful to its source text than Ulmer's namesake picture, yet refracted through the director's own particular style and sensibility; which obviously implies moody, Gothic ambience, sly humour, and protracted, gory death scenes (although these are admittedly much tamer than in Fulci's apocalypse quartet). It's taken me a few viewings to acclimatise to - and therefore properly appreciate - this movie. It's arguably closer in feel to older genre films, especially those by Hammer and Amicus (perhaps due to its rural English setting) than it is to an average 1980's Italian Horror movie, and as a result may initially seem to be somewhat lethargic in the pacing department. Once adjusted however, I've found it to be a cosy and enjoyable spaghetti variation on these earlier Brit flicks, that deserves much more attention than it has previously received. 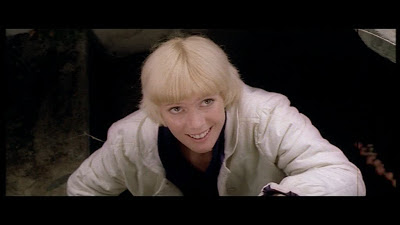 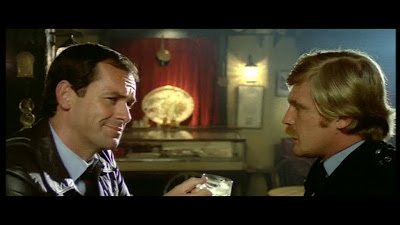