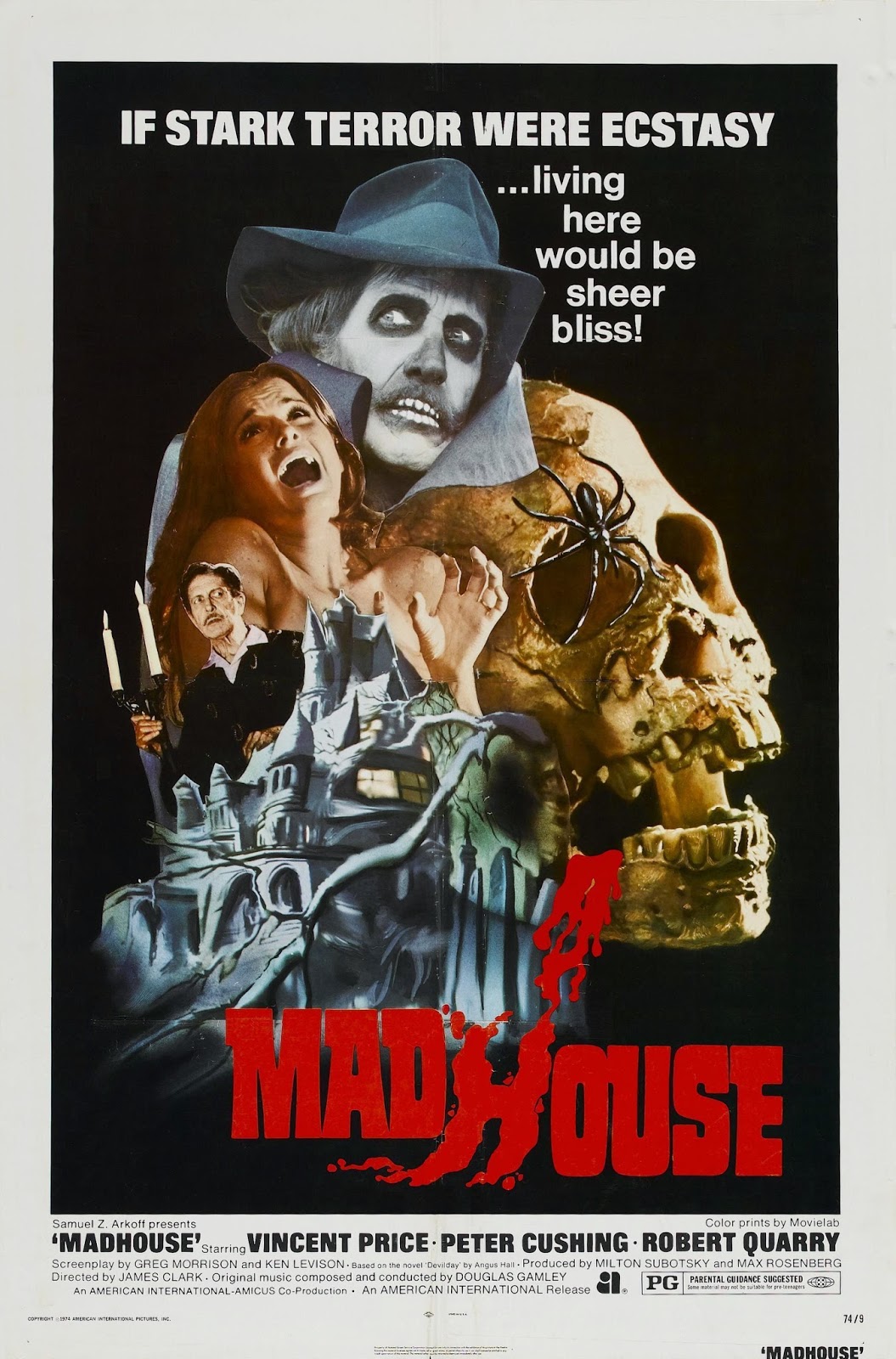 More Amicus on the menu today folks, and like Asylum, this is something I discovered recently for the first time, though unlike that movie, I'd never even heard of this one! I know another Madhouse, but that one's Italian and from '81, where as for this film, we're heading back forty years to 1974... 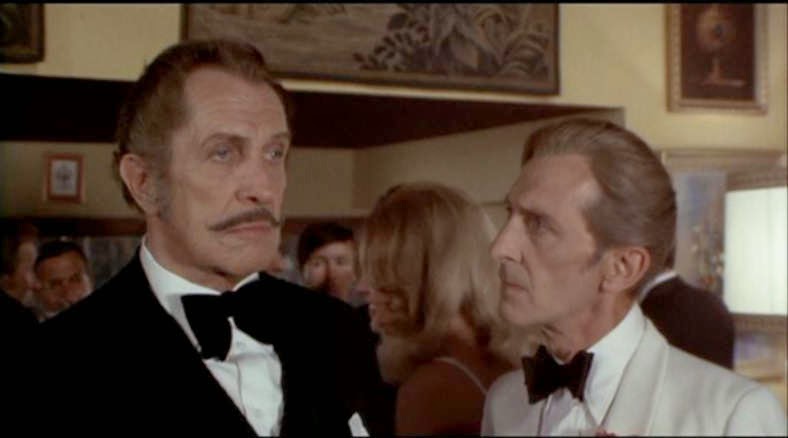 Don't let the title fool you, this has nothing to do with institutes for the insane (though now I think about it, perhaps it does have more relevance than is first apparent), apart from a passing mention to one. The story (adapted - and very loosely apparently - by Ken Levinson and Greg Morrison from Angus Hall's novel Devilday) concerns famed horror actor Paul Toombes (played by the ever self-aware Vincent Price, who has a ball with the role), best known for his series of Dr. Death films. During the film's opening scenes, his fiance is murdered and he ends up being sent to the madhouse, suspected but not convicted. Years later his friend Herbert Flay (Peter Cushing, who is fabulous as ever), the screenwriter behind the Dr. Death series, persuades him to return to the role. And perhaps unsurprisingly (but thankfully for we the audience), the murderer (if it is the same person, and whoever they are) picks up where they left off. 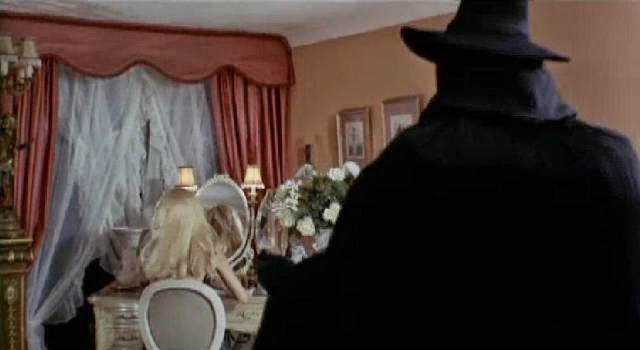 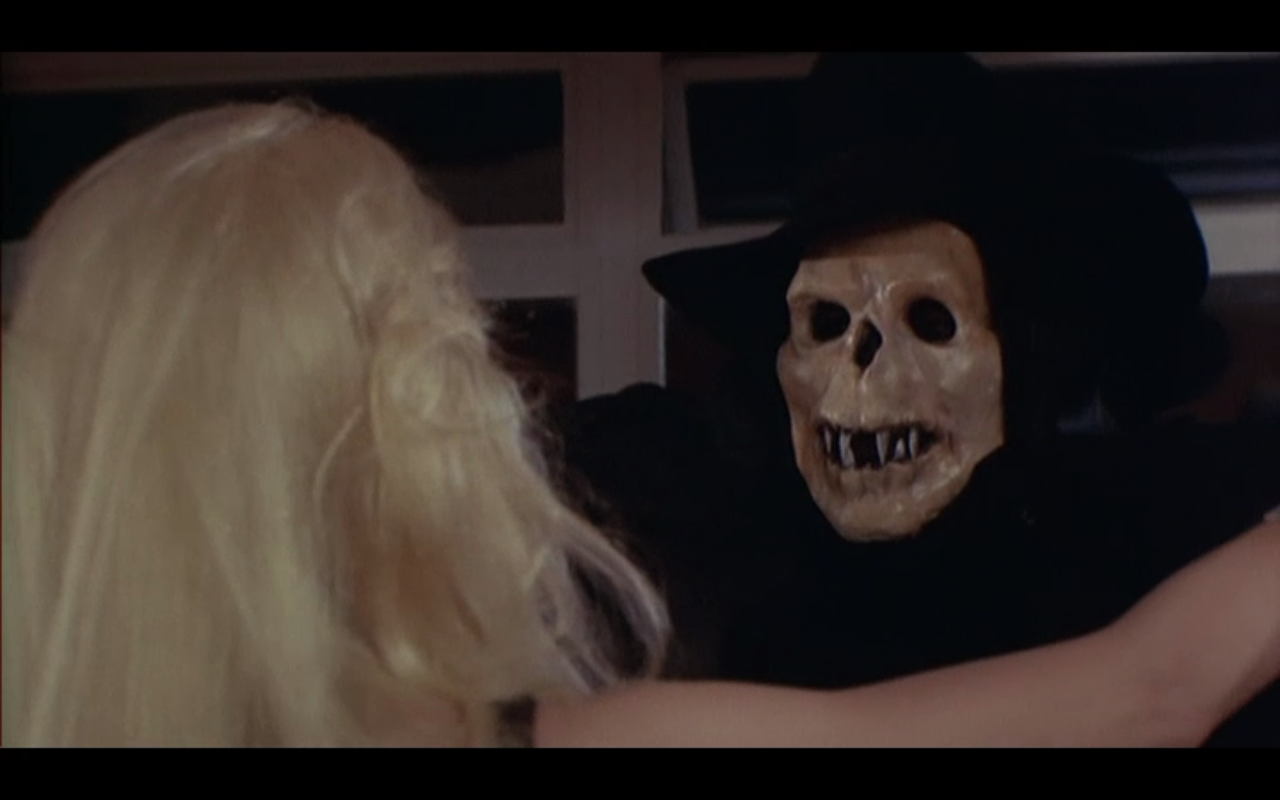 I'll leave it there as far as the plot goes as I really don't want to give anything away. But I don't think I'm letting any cats out of their bags to say all isn't as it seems. That's right folks, this is very much a mystery thriller... and even better, it's a frickin' giallo(!)... with the killer (wearing Dr. Death's getup) sporting cloak, hat and most importantly, those black gloves! Oh and he's also rockin' a mean looking skull mask. 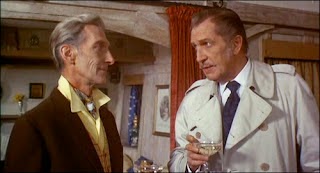 Seriously, when I finished watching this I said to myself "Where has this movie been all my life?"... I mean, a British (slash American) giallo with Vincent Price and Peter Cushing? It really felt like all my Christmases had come at once! 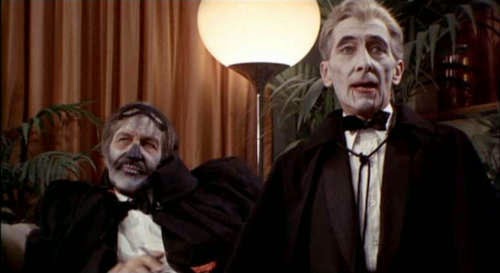 I don't want to say too much more right now, especially in an effort to avoid spoilers but just a few things I wanted to highlight...

This was a co-production between Amicus and American International Pictures (and Price's last for that company) and the scenes from the Dr. Death films (featuring both Boris Karloff and Basil Rathbone) are taken from the latter's back catalogue, which was a nice touch. 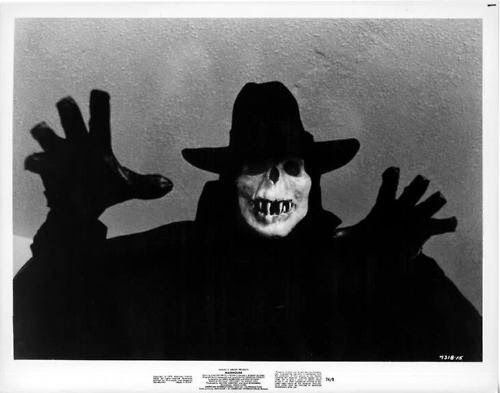 There's a British horror connection in the form of talk show host (and now national institution) Michael Parkinson (playing himself), who would later appear in the infamous TV special Ghostwatch from Halloween 1992. And a climactic scene arguably calls forward to another 90's horror milestone, Ringu. 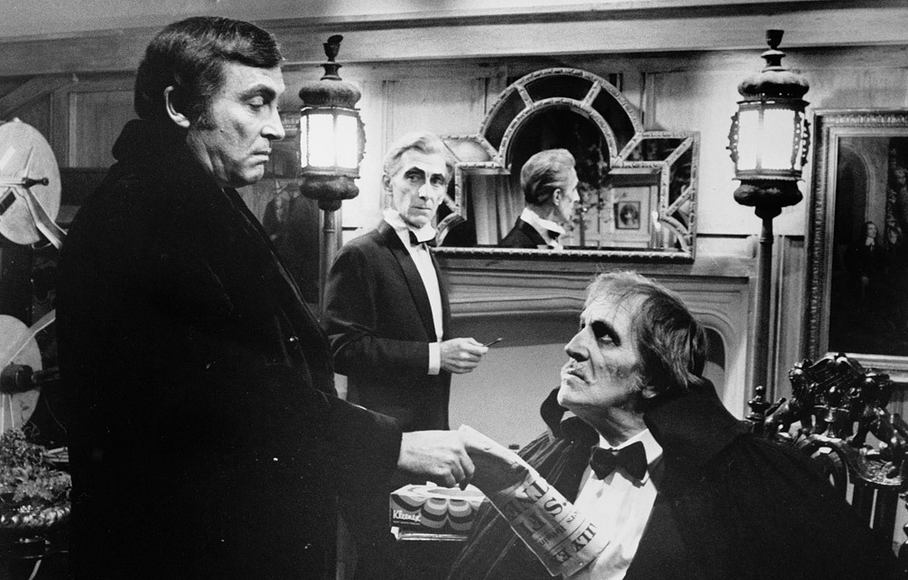 This was superbly written I thought, with Price being given at least one amazing soliloquy, making his performance in this rival Theatre of Blood for me (though that's still the one to beat), and the supporting cast are all well above par too, especially Robert Quarry and Adrienne Corri (who at one point at least may well even have upstaged Price!). And if you've never heard Vincent's lovely singing voice, here's your chance folks, as he sings over the end credits... though looking at IMDb just now it says "song written and performed" by Gordon Clyde, so I'm not sure anymore, unless it's referring to another song in the film I've forgotten. If anyone can clarify this at all, please give me a shout!

If I haven't made it obvious already, I give Madhouse my highest recommendation, especially for fans of Price, Cushing, British horror and/or slashers and gialli. 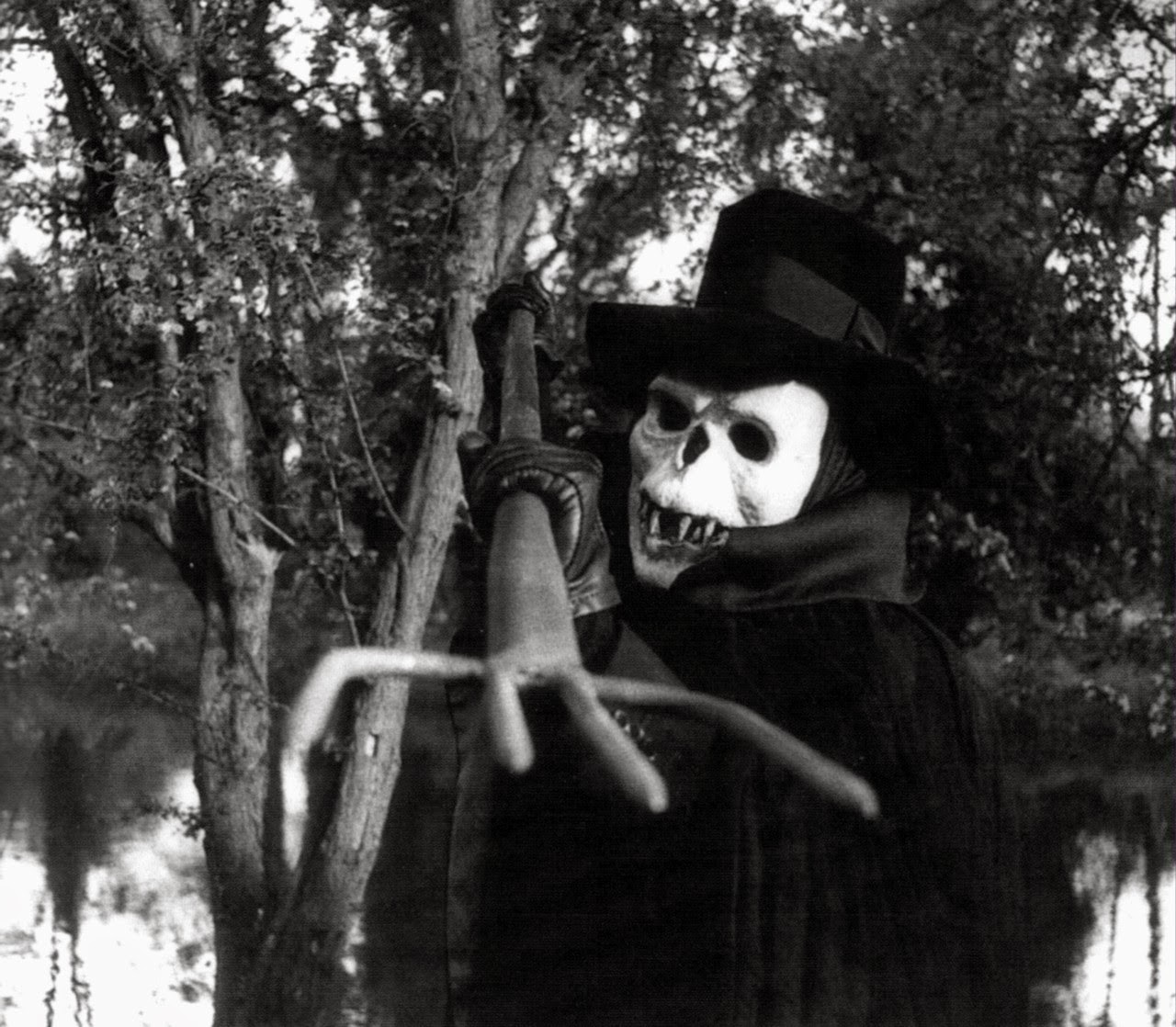